Criticism is vital to the creative process and to wider aspects of life in general, and as a performing arts critic I definitely know when to deliver a bit of constructive criticism. This sort of helpful negativity can spur people on to greater things, if applied with just enough pressure to get them off the ground, but not enough to squash them down. If you’ve got nothing nice to say… well, you better say it if it’s going to improve things for everyone.

I’ve been thinking a lot about ol’ father Deutschland recently and trying to figure out if I love the country or hate it. The scales in my mind have never really tipped too far one way or the other. Whenever I’m feeling super cool with the general German happenin’s around me there’s usually some reminder of stress or danger, and when I’m feeling too bummed out to leave my room, there’s always something bright to stop me falling too far into the abyss. Thankfully, the majority of my time here, despite a few grey days here and there, has been completely wonderful, enlightening, challenging, fun, healthy. For the most part, I do love Deutschland.

But like anything there are negatives to spending six months in a foreign land, and it’s important to recognise, criticise and voice them in order to move forward. This post is thus dedicated to little niggling issues that I’ve faced so far. Hopefully, it will prepare other exchange students for their time in Germany, perhaps making it even more delightful and productive than my time here. Hopefully, it will help me identify the aspects of Mannheim life that I’m unhappy with. That is, of course, the first step on the road to fixing them.

So… Where to begin?

Germany is not what you’d expect… but it also is…

When you picture Germany what do you see? I see high, green hills topped with Disneyland castles, quiet and smokey hamlets, sausages, beer, Oktoberfest, cold. Only one of them is universal for everywhere I’ve been in Germany so far: the cold! If you’re the type of person who’d rather live in the Aussie outback than the Colorado mountains, you’re gonna want to consider your place of exchange very carefully. Mannheim and the surrounds are, thankfully, some of the warmest places in Germany, situated right in prime “Weinland”. That doesn’t mean it’s warm though, whooo-boy, oh no. For the past couple of days it’s been about six degrees celsius all day, foggy as all hell and just generally grey. Autumn is definitely giving way to winter. The days are now practically over by six o’clock.

But the other side to note is that I’ve survived so far. Coming from a city which occasionally and for a few days at a time becomes the hottest place on Earth, I thought I was going to freeze to death the moment Autumn rolled around. It’s not true, you’ll be fine. Just bring a nice coat and some gloves and remember to layer up. Besides, all German buildings are spectacularly insulated. I’m actually in my undies right now, almost too warm, in my own room while it’s a snug 5 degrees celsius outside. Perhaps it’s something about the type of cold I’ve experienced so far. It doesn’t seem quite as cruel and biting… though I’m sure that’ll roll around soon.

The other obvious thing is the language barrier. Unless you’ve grown up around a bit of German or taken some classes you are going to face a little confusion along the way. I recommend picking up Duolingo and subscribing to my current favourite vlogger, Katja, from Deutsch für Euch, to pick up a few key phrases before you leave. Of course, you can always rely on “Entschuldigung, mein Deutsch ist nicht sehr gut. Ist Englisch OK?” should you run into any difficulties. Though it’s completely rude to assume, a lot of Germans are more than happy and able to help confused English speakers. Just at least make the effort to learn a bit, yeah? Your waiters will definitely appreciate you asking for the “speisekarte” and the “rechnung”.

You’ll also probably run into a bit of culture shock, as I’m sure everyone will tell you. A good chunk of the older population in Southern Germany are conservative and very proud of their country, which can seem a bit shocking or even come off as rude to liberal, artsy-fartsy, millennial exchange students like us. Just recognise the cultural differences and move on, I suggest. You can’t fight every moral battle you want to, especially not on foreign soil.

Also, people might think you’re funny for wearing caps for some reason. There ya go, don’t say I didn’t warn you, Adelaidians.

The Horror of Forms and Appointments 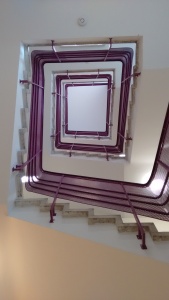 Be very wary if you are not a patient or incredibly, meticulously, obsessively organised person. Bureaucracy here is definitely on a whole ‘nother level. As I stated in a previous post you’ll need to prepare a lot to complete most of your paperwork on arrival. Even the most organised of us can go astray. I was recently caught out with a rather bizarre requirement for handing up exams that has right gone and pissed me off. It was just one of those things that slipped under the radar thanks to no fault of my own. What I recommend is asking your teachers specifically what the requirements are for each class, including extra-curricular activities. Also ask your Hausmeister (care-taker) exactly what is expected of you and your housemates, your banker exactly what charges are attached to your account and any government officials you can find what you are expected to fill out in triplicate and mail to the moon. Don’t let yourself be caught out by forgetting your passport on the day of a meeting, or not having a bank account set up by the time you enrol. You want to be enjoying the country, not waiting in lines.

Also expect to pay quite a lot for little things, things that will eventually snowball into big things. Be prepared to drop a few Euros to wash your clothes every week or so, be prepared to pay thirty Euro to pick up your house keys. Be prepared to pay extra at the counter for your bottles of water. Be prepared to even pay to walk to class. Yep, we have to put down a deposit for lockers so that we can stow our bags and walk through the library. Finding a free locker that isn’t “kaputt” is a bit of a hassle, especially when running late to class.

Just don’t look at your bank account too often. You’ll be happier that way. 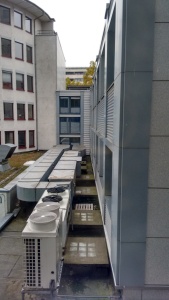 Of course, Germany is RIDICULOUSLY cheap in some areas (beer for 35 cents, what up?) and generally much cheaper to live in than other countries in Europe. I think you’d have to take out a second mortgage or sell an arm to live and study in Switzerland or Norway, especially if you want to travel as widely as us German students (we do have freakin’ awesome public transport options, truthfully).

Don’t be expecting the law to operate like it does back home. You will definitely not be torrenting or even streaming any movies on Putlocker or Popcorn Time without the fear of an 800 Euro fine coming your way. It’s just not worth it while you’re here. The real kicker, though, is that a lot of Youtube videos are effectively banned here thanks to disagreements with US media companies and copyright holders.

Be sure to sort out your accommodation far in advance. I’ve known students to still be effectively homeless halfway through the semester because they took their chances with the rental market. It might not be as fancy as you wish, but student housing is generally the safest, easiest option to take. Plus, it’s not really all that bad. I do have a squealing radiator, a constantly hot pipe right next to my bed and an uncleanable floor, but all the same, I love my little room. With a bit of sprucing up you can really make it a home. 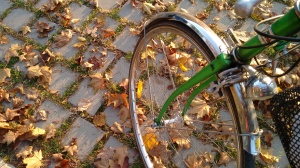 Perhaps one of the most important points I keep coming back to is that, on exchange, you will feel lonely and bored sometimes. Just don’t beat yourself up over it. You’re living and studying somewhere for six months, not backpacking without a care in the world. You don’t have to feel pressured to be exploring all the time, or taking time off from the inevitable challenges that we all face after moving away from home. Down time is important as well, and believe me, even the most adventurous and outgoing can spend days at a time watching Netflix, eating junk food and being bummed out. It happens to the best of us.

Also, get Netflix. It’s not even a question.

And while you’re at it, have a go at Tinder. Even if you’re not the most confident person (I’m definitely not) it is a great tool to make friends and interesting acquaintances who could possibly be your next tour guide or Summer/Winter romance. It’s not all about sex… though that is an option as well. 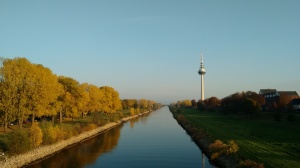 You’ll face some hardships on your exchange, that’s for sure. Leaving to explore the world doesn’t stop people from being people, mistakes from being made or hellish bureaucracy from spoiling a perfectly good morning. It’s okay to be mad. It’s okay to be upset. But, like anything, don’t let it control your life. If you find something, or someone, effecting your stay to such a degree, find your own personal way of moving past it. Write it out, talk it through, escape it. Your time on exchange, your time in beautiful, breathtaking and cold Germany isn’t going to magically make your life perfect, but it can put you on the right track. It can fill you with confidence, equip you with tools to take with you through the rest of your life and give you the opportunity to see and experience so much… if you let it.

Just know, there are ways to turn negatives into positives. The best comedians in the world are also the saddest. Hell, I’ve gone through my own shit in my life, but it’s all led up to me being here, writing these words for you.

Gute nacht, leute! All the best for your own personal journeys, trails and tribulations. And enjoy your trip!

3 thoughts on “Struggling (or: How I Learned to Stop Worrying and Love my German Exchange)”