The streets are alive and burning. Explosions ring out around every corner, constantly. Waves of people crash and collide around immovable buildings like frenzied liquid. Quite a few churros are eaten.

It’s the Falles (or Fallas in Castellano), one of the biggest, brightest festivals in the world. And all holy hell has broken loose!

Two months ago, Bonica and I decided we were going to visit Valencia. It’s one of the hippest cities in Spain, after all. It’s a colourful place, full of vibrant art born out of tradition and rebellion. As much as it is “in” Spain, many Valenciàs stand proud, considered members of community apart and a people that maintain a unique language and culture to this day. So of course we had to visit.

We also had to see the Falles. Every March, the people of Valencia come together to put on a show unlike anything else on this continent. Huge, and I mean ‘UGE, wood, plaster and wax sculptures are created and erected around the city by various teams. They satirize and celebrate the famous characters of the time and those of history. To see one of these massive caricatures from a distance, you might think them a two-dimensional painting, until you begin to walk around them and see new, intricate detail in every centimetre. The Falles monuments are incredible works of art…

… that get burnt to a crisp on the last day of the festival.

An old Valencian gentleman we talked to told us that the act of burning (called “La Cremà” which conjures up images of cremation and ash-scattering to the English speaker) is something purifying. It’s also possible that the burning started as a sort of pseudo-religious, economic ritual of artisans who needed to dispose of unwanted artworks. Either way, La Cremà is central to the Falles.

As you could probably expect, the Falles is a rather raucous event. Kids play with fireworks openly in the street and so you will constantly be dodging and sparks or flinching at ear-popping explosions. And if that’s not enough boom for you, at 2pm every day, La Mascletà begins. You’ll know this is about to happen when you see the police helicopter flying overhead, so you have a couple minutes to prepare yourself for an absolute barrage of firework explosions that rip through the streets like thunder. For one brief moment, the whole world seems to come apart. Then the cheering starts.

The Falles is a non-stop, 24 hour, week-long festival of fire, explosions, churros, tradition, feasting and drinking. And so, if you know how quiet and introspective Bonica and I are, you might be wondering why the hell we would even take the bus? The truth is that a bit of excitement and fright is good for the heart. It keeps the adrenaline flowing. And anyway, marveling at the Falles monuments themselves is a huge part of the whole experience. It’s rare to see a whole city become a living, bustling museum of colourful, cartoony sculptures, even if it all ends in flames.

First of all, the naturally quiet must come to accept what they’re walking into. You can’t go to Valencia in March and expect a relaxing weekend by the beach. You will be pushed, crushed, scared. You might loose a bit of hearing. But that’s part of the fun. Enjoy the fire, dance in the chaos. Embrace the adrenaline rush of the random explosions and flow like flame. Actually, flow to the right when you’re on the street. It helps keep the order.

Secondly, do not stay in the centre of the city. I can’t overstate how little you will sleep if you decide to hole-up in a hostel anywhere within the limits of the river. Bonica and I managed to find an amazing hippy-haunt Air BnB in the outer neighbourhood of Benimaclet which was perfectly placed: out of the direct line of fire but still close enough to feel the heat.

Finally, you can bring earplugs if you want but, as our kindly host said, its actually better to let the sound flow through you. If you bottle it up by blocking your ears, you’ll probably explode. If things get a little too loud, pop into one of Valencia’s amazing cafes, bars (most of the hip ones being in Ruzafa) or book stores (Futurama Comics is a damn good one).

Just remember, Valencia is still Valencia at this time of year. It may take a little while longer to get anywhere and you probably will get tired of the hustle and bustle, but the museums, stores and cafes still exist. Just don’t get any “Fallas” menu option. You’ll pay an arm and a burnt leg.

A Lesson in Remaining Cool

Falles is intense. I walked into it expecting nothing could beat the horror of my trip to London on New Year’s Day, but came away even more shaken.

Saying that, I was definitely shaken in a good way, instead of crushed down to sodden dirt like after London. Everyone during Falles is so cheery, so full of energy, that it is contagious. Even someone like me, pale of skin and goggly-eyed, can find themselves born anew.

And I think that’s the beauty of Falles and the reason to visit. The towering monuments and constant noise takes you out of the mundane and supplants you totally in the electric. This blog, Electric Holy Road is all about celebrating the weird and wonderful in every little mundane moment of life, but events like Falles should be celebrated like hallucinogenic or religious experiences. And as much as I’d like to use pretty words to describe it… you really have to be there.

Or look at photos, that also works. Oh, look! Here’s some now! What are the odds? 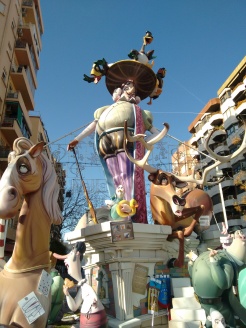 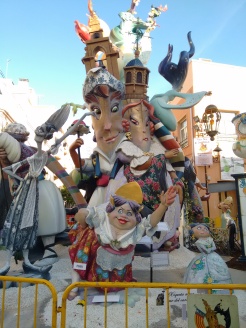 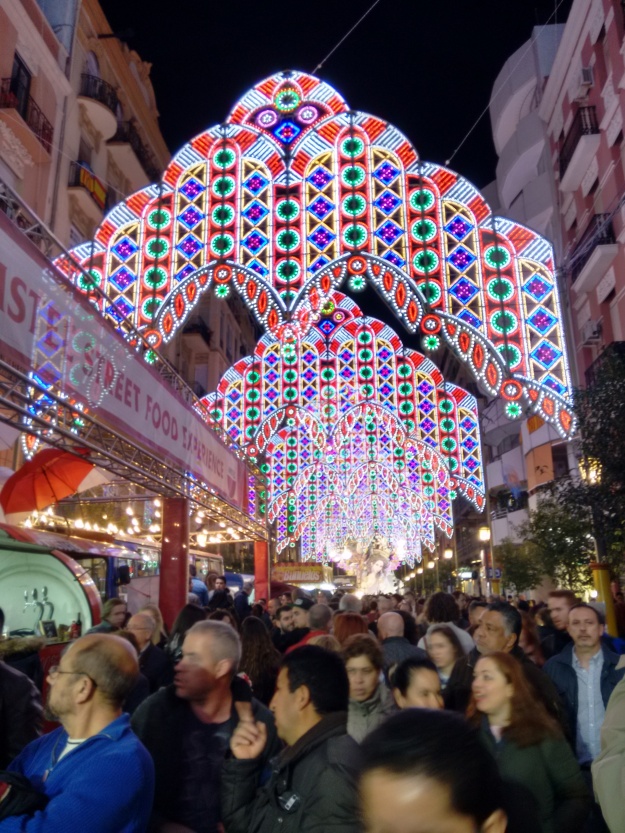 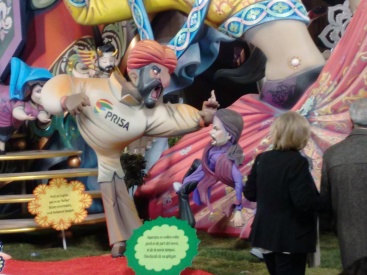 One thought on “Streets of Fire – Valencia During Falles”